Skip to content
February 8, 2023
BEGINNING IN 1936 In mid-1936, the leaders from eight west of Twin Peaks neighborhood associations organized a community meeting at Aptos Junior High School Auditorium (now Aptos Middle School). That night they launched a drive to defeat Charter Amendment 15 on the March 9, 1937 ballot. Proposed Charter Amendment 15 added a few words to City Charter Section 117 that dealt with zoning and setback regulations. Those words would have taken away the right of anyone besides the Planning Commission and the owner of a subject property to object to changing that property to commercial use. To the West of Twin Peaks neighborhoods this meant uncontrolled proliferation of “gas stations and hot dog stands” in their residential areas. Charter 15 was not only defeated, but its author, Board of Supervisors President, Warren Shannon, recommended a no vote after he realized the impact of the amendment. The San Francisco Chronicle commended Shannon on his sportsmanship and dubbed Amendment 15 the “orphan amendment”. During the campaign in 1936, the decision was made to form a council of West of Twin Peaks neighborhood associations. In December 1936 a constitution was written, and on March 16, 1937, a week after its stunning triumph, the first official meeting of the West of Twin Peaks Council was held at Forest Hill Clubhouse. Below the photos is a more detailed history and read more here: Detailed History of WTPCC. 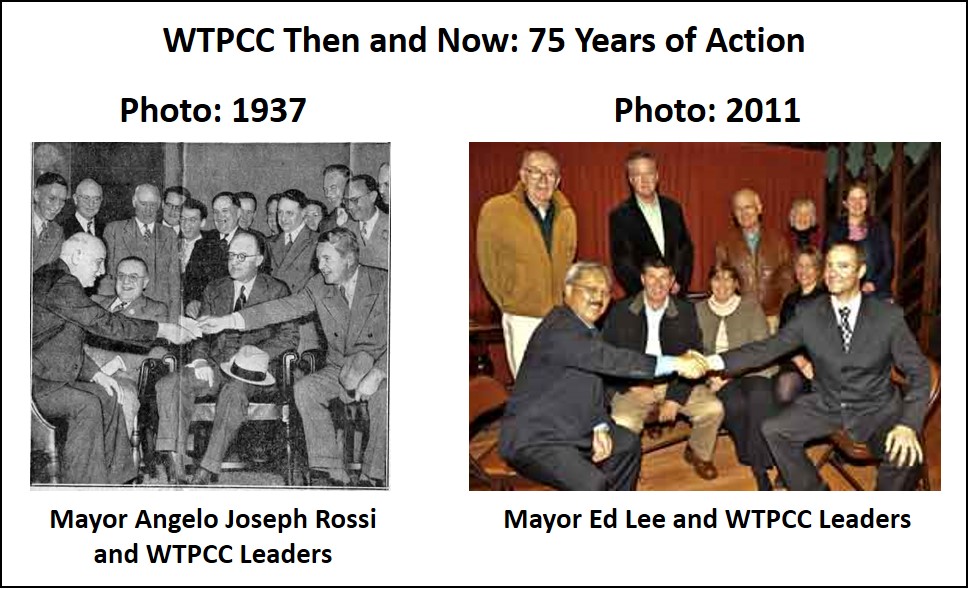